March 24, 2015…32* and lightly snowing
While the month has not yet ended, I’m going to go ahead and say March is going out like a lion.  It has been snowing pretty steadily since yesterday around noon and believe it or not, it’s the heaviest snowfall we’ve received since Christmas.  The entire yard was bare just two days ago and now it’s covered by 3-4” of fresh, fluffy snow.  Both Jake and I love the snow…but we were also pretty jazzed about Spring arriving early. 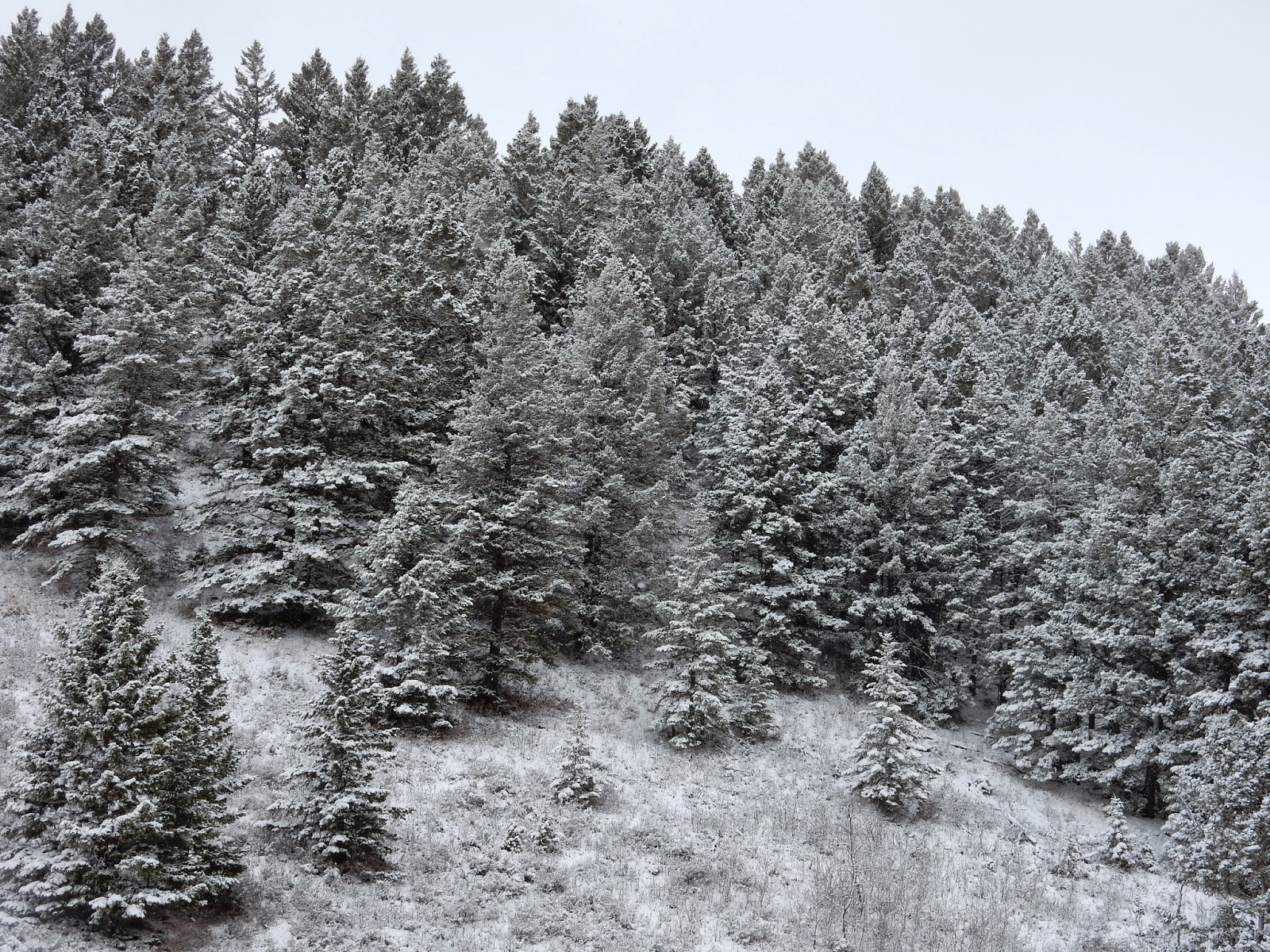 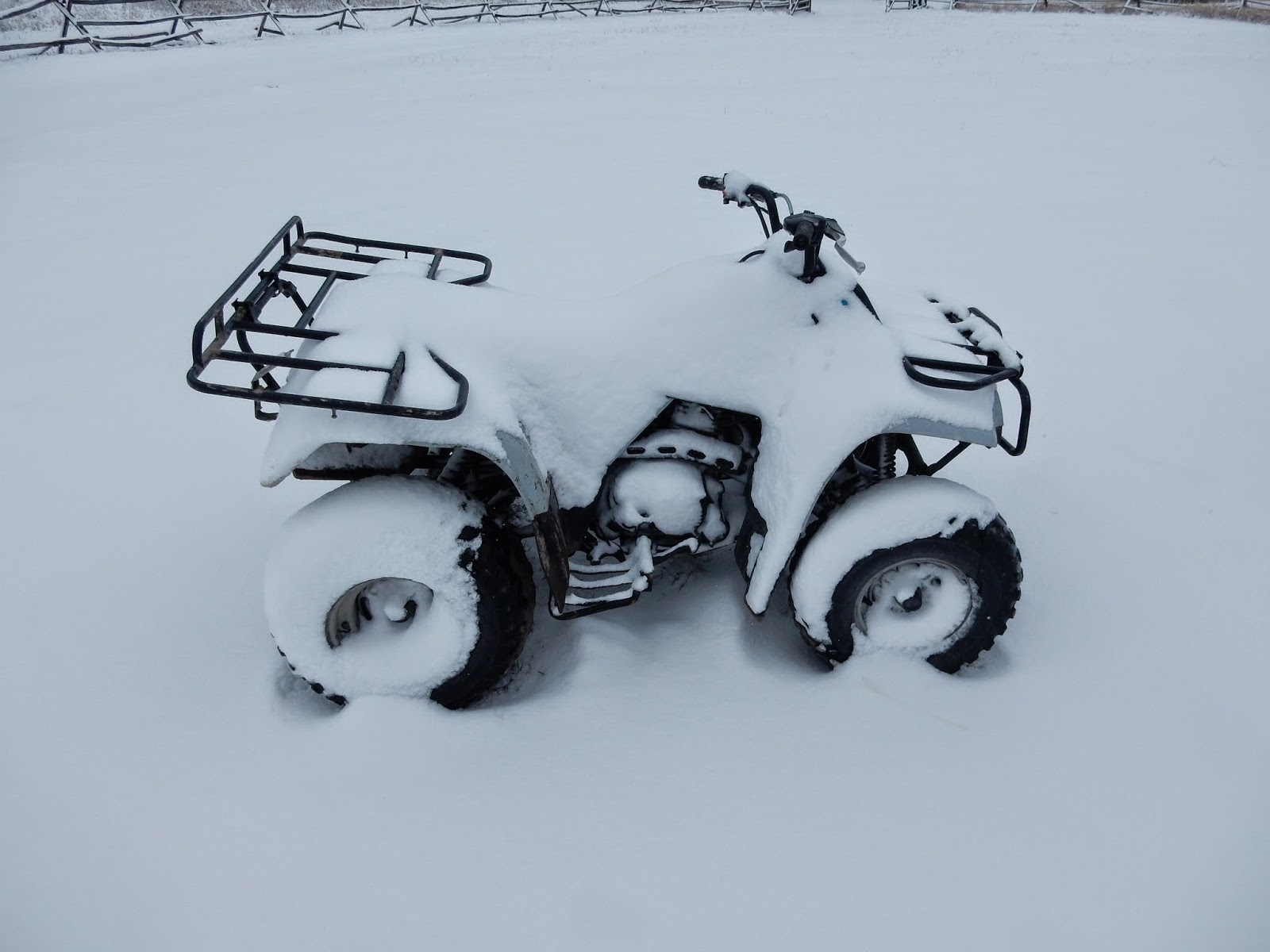 And indeed Spring did arrive early!  In my past post I was waiting to see if Jake would be able to get our truck back in from its winter home out at Henry’s Lake.  And he did!  But his trip out on our little two-wheel-drive quad was not without drama.  Everything was fine and dandy on the Montana side of the Continental Divide, but the snow and ice was thicker on the Idaho side.  At one precipitous point, Jake said the quad was sliding sideways down the road and all he could do was hold on and go for the ride.  By his account the sideways ride lasted only about 30’ but it felt like a mile and a half.  At least he was facing the bank.
It was a happy moment when I heard the throaty rumble of our truck headed toward the Lodge so I jumped out to snap some pictures of the homecoming.  It may sound silly to those of you who don’t live this lifestyle, but it really is like a family member coming home.  And while neither Jake nor I mind being isolated from the rest of the world during winter, it’s nice to know we CAN easily go to town any time we want. 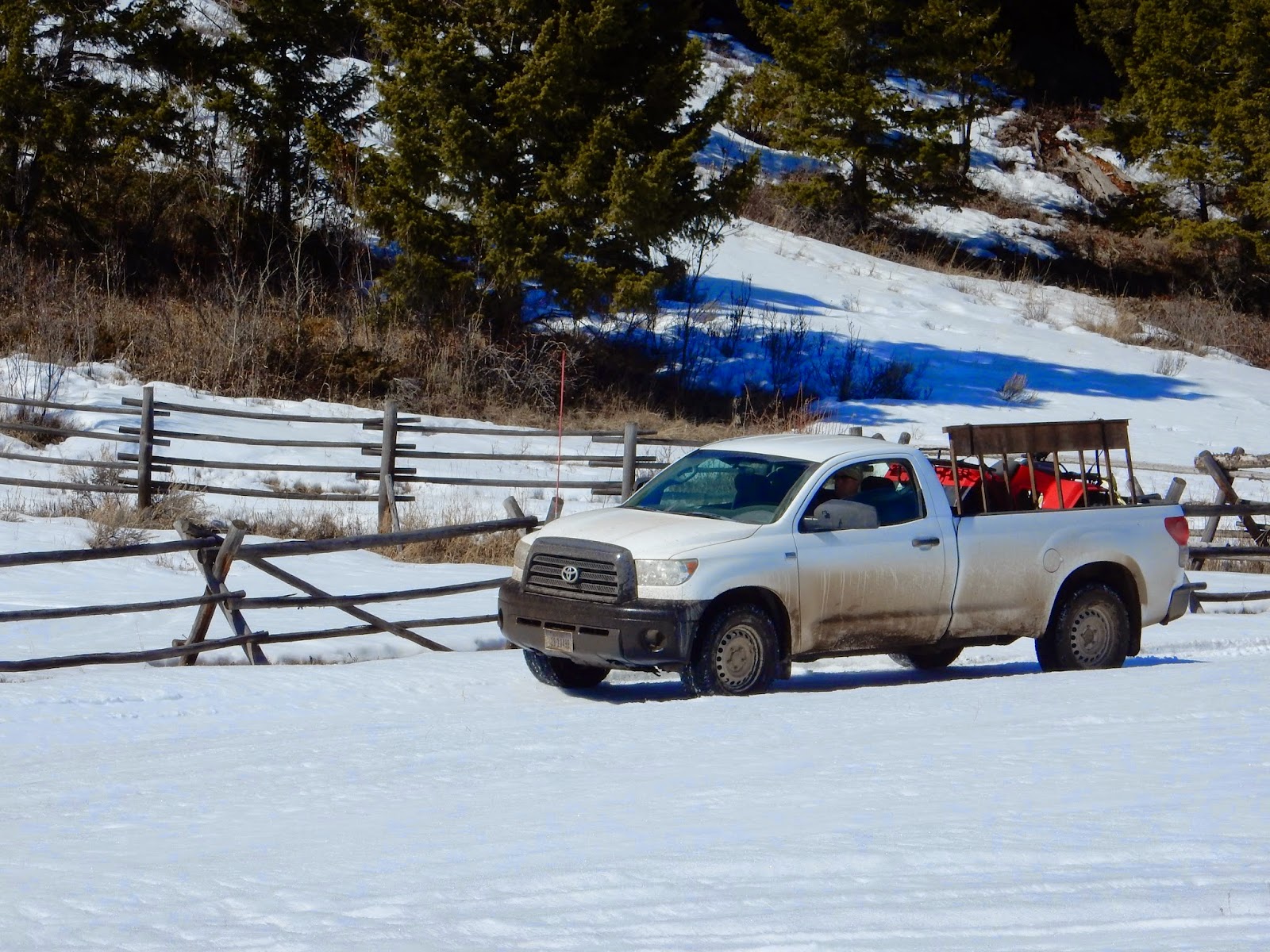 My first adventure “out” was to accompany Jake to pick up our little trailer out on Red Rock Road.  Kanela was not about to be left behind and I’m not sure who had more fun being “on the road again.” 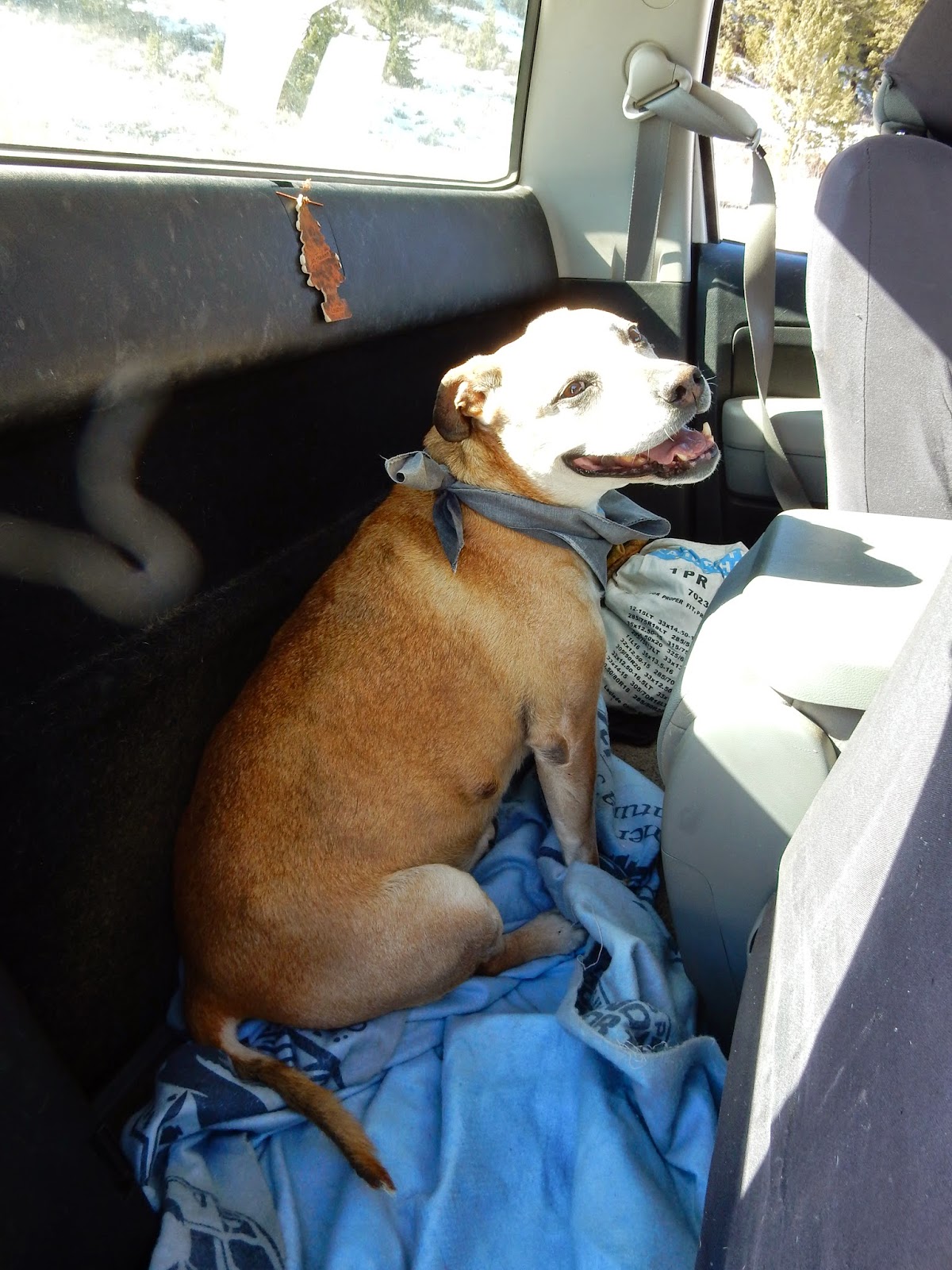 I had to take some pictures of Centennial Valley, of course.  Every time Jake returned from snowmobiling out for groceries, he would wax poetic about the beauty of the Valley and he was right.  The mountains far off in the distance were so pristinely beautiful with their marshmallow topping.  And closer in a couple of moose posed nicely. 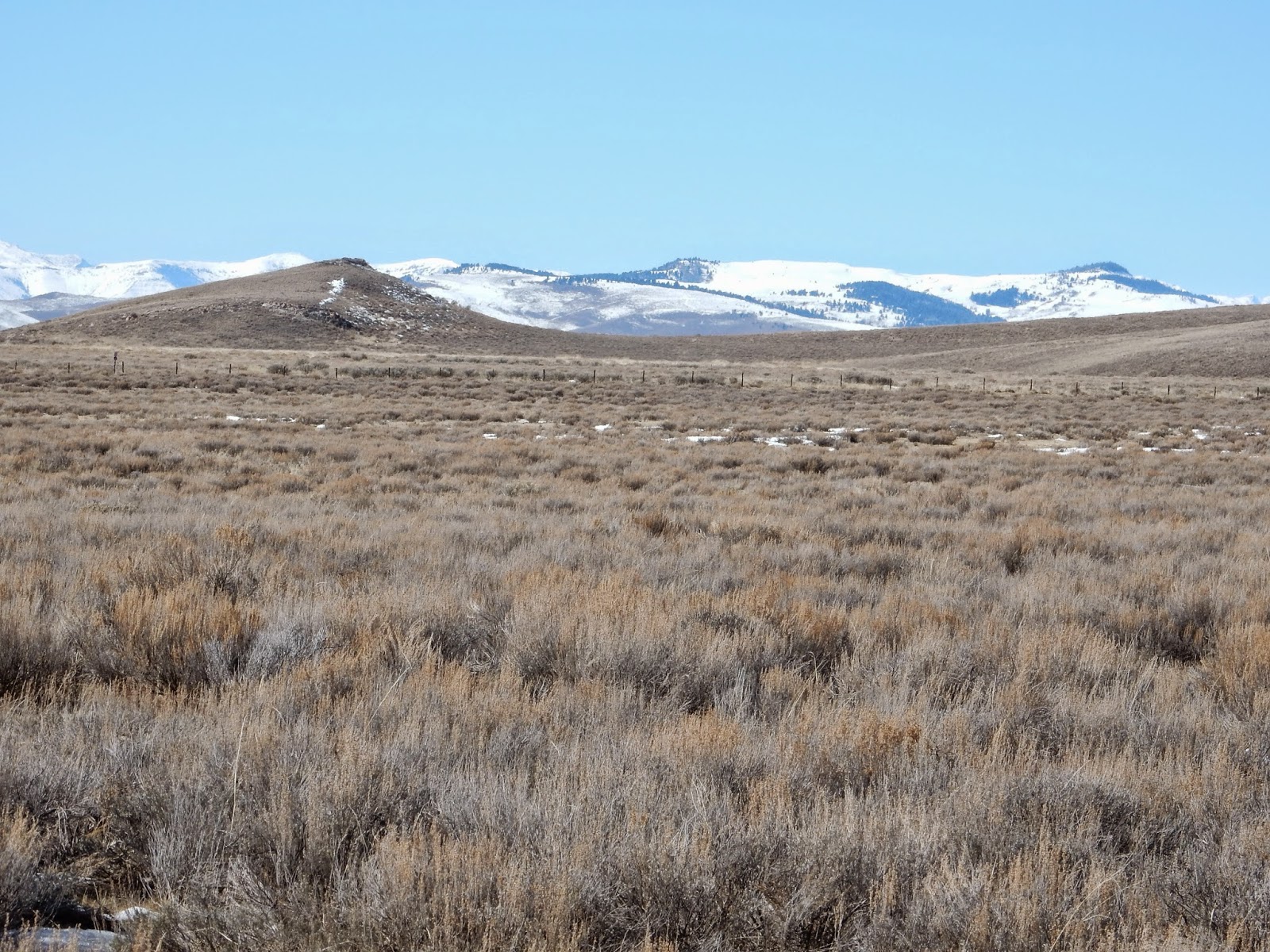 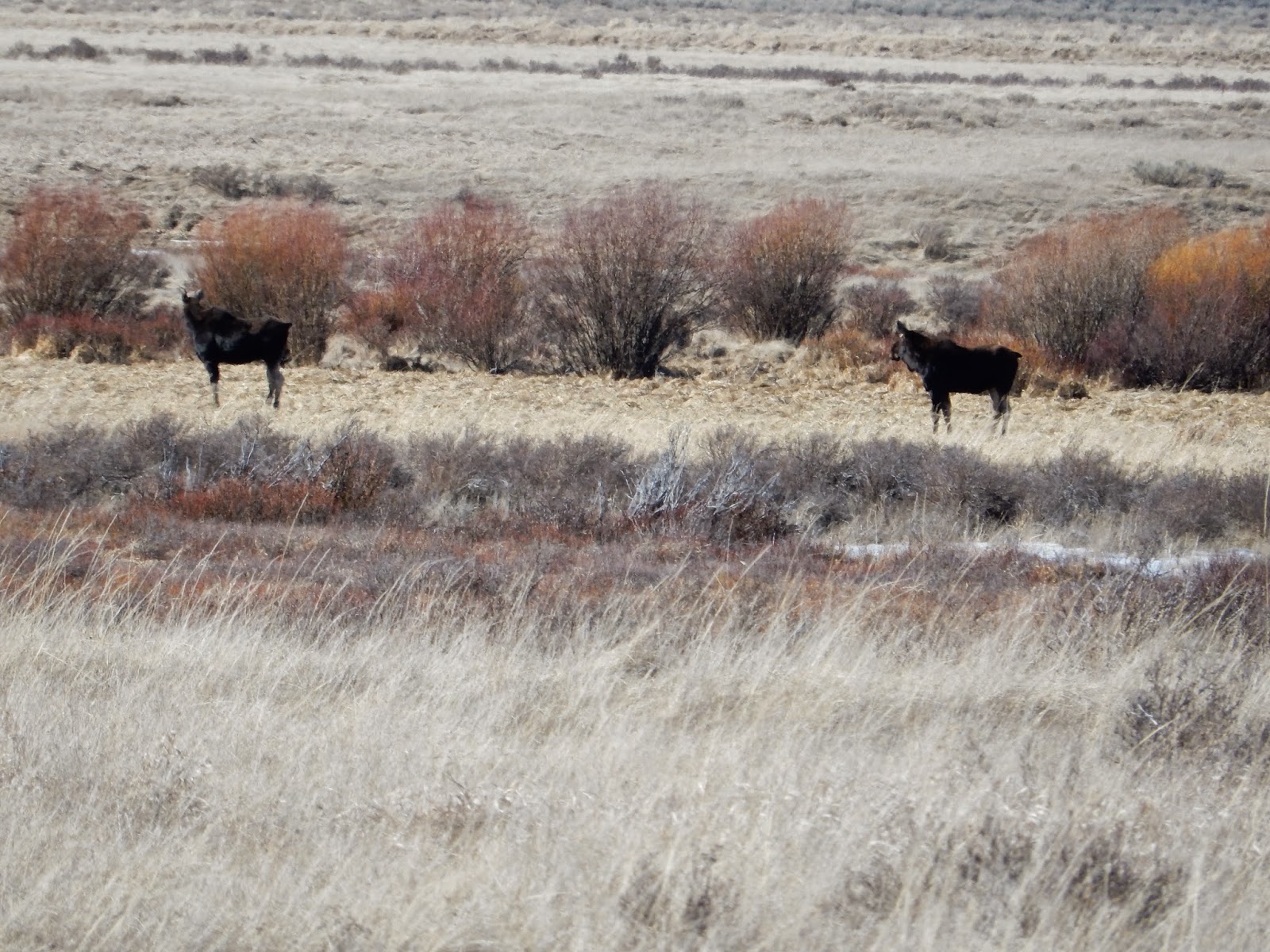 But some parts of the road where downright ugly. 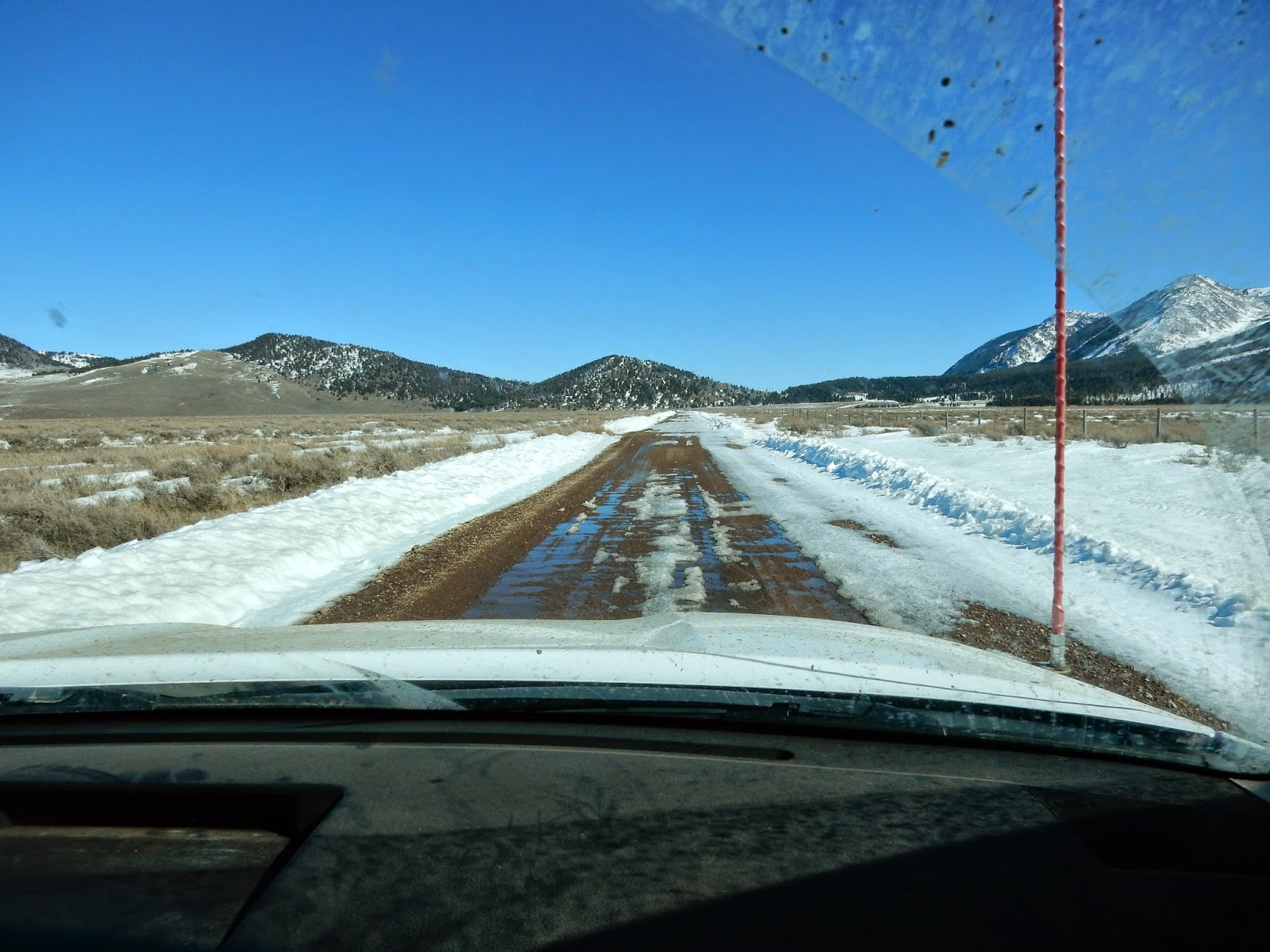 We finally got to our sad little trailer abandoned by the side of the road.  It looked like a really bad piece of sculpture and I can only imagine the head shaking and scratching that went on when others passed by it.  We loaded the mangled mess into the back of the truck and brought it home for some much needed attention.  The skis are toast but we don’t have to worry about that until next winter since the trailer is now wearing its summer tires. 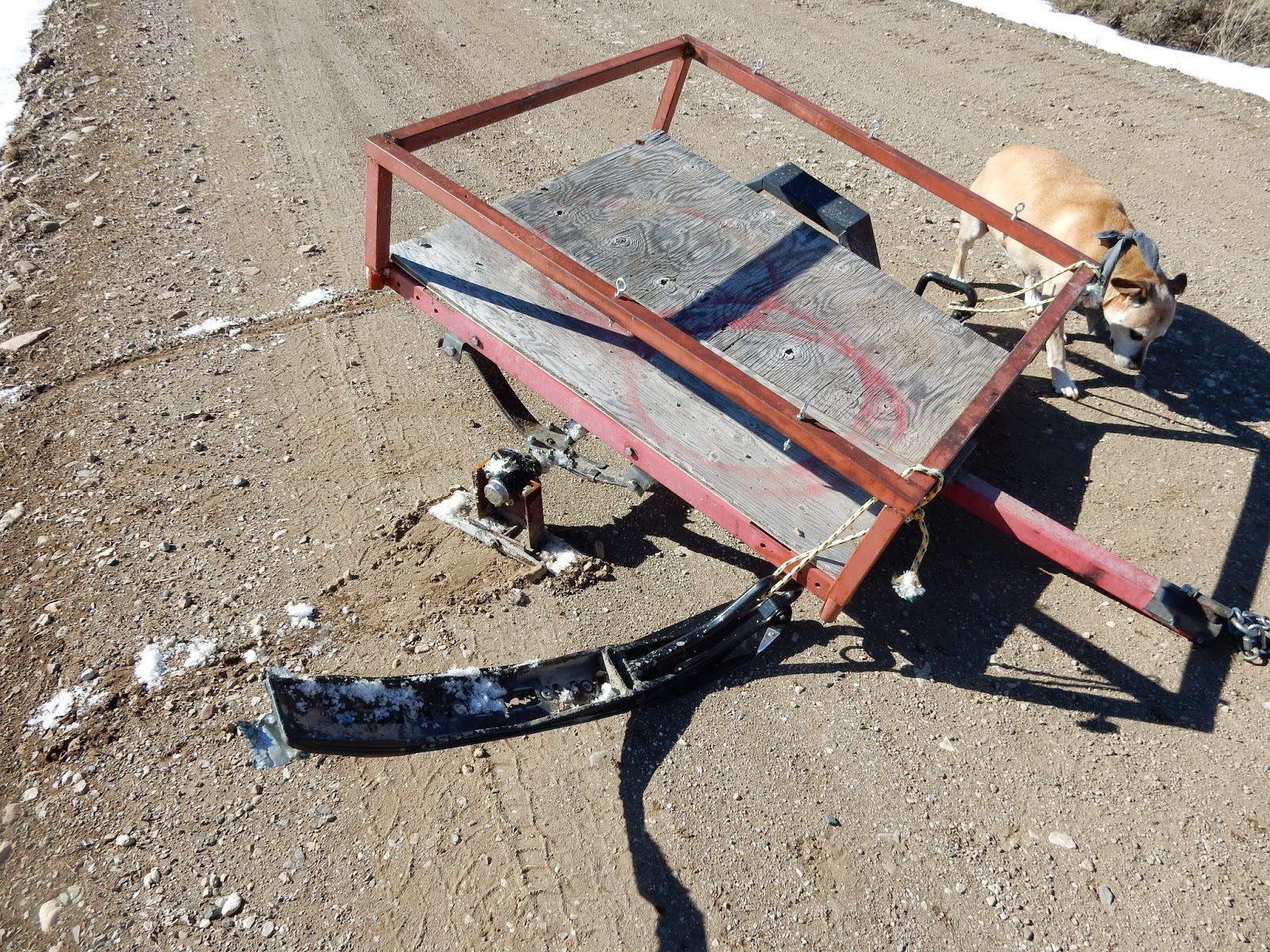 Our next outing was to Bozeman to get a jump start on bringing in summertime supplies.  Not much of a story there except for this…a thing called “woods queerness”…”brought on by solitude and a growing awareness of the emptiness all around.”  The term comes from a wonderful book published in 1942 entitled, We Took To The Woods by Louise Dickinson Rich.  It’s a true story about a couple who lived deep in the woods in Maine for many years.  At one point Louise realized she hadn’t been Outside for four years and she wondered if she was going “woods queer.”  It manifests itself in little ways, like when you finally re-enter civilization you see hidden meanings in what people say or the way they look at you.  It can make you question and scrutinize your every thought and act.  Going to Bozeman for me was perhaps not this dramatic, but I did find myself being hyper-aware of how I was acting in the shops and trying not to overwhelm ordinary people with my propensity to be really friendly and talk too much. (I know from living in the big city of Boston for years that being too friendly is perceived as “odd.”)
I think I did a pretty good job of holding it together.  Or did I…
Posted by Laurel and Jake at 1:32 PM